One week home!! Pictures of the Week

Last night when I got the chance to post, I had not downloaded all of the pictures from the week onto the computer.  Here are some cute shots of our first week!! 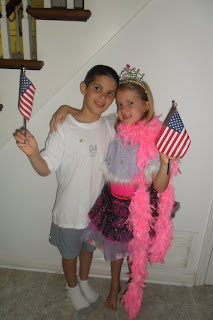 Leslie was playing "Fancy Nancy" and Teddy didn't want to miss out on the dress-up fun.  So...... 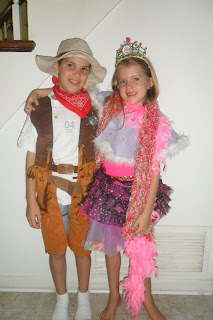 He became a cowboy!!!  And, next is my favorite: 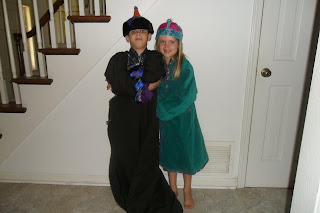 One Bulgarian-born, One American born -- both being cute little Mongolians!!  :) 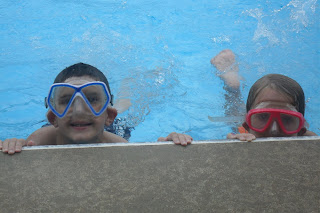 Check out the goggle-smooshed ears!!  Ha!
Teddy was thrilled  with the swimming pool!!  Before we left to go swimming, I showed him a picture on the computer so he would know what we were going to do!!  He eagerly said, "Da! Da!" (yes!)  Now if we get into the van, he asks if we're going swimming! 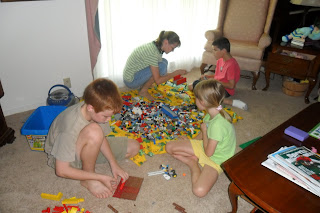 This is the picture that is the most common sight at our house now!  Actually, it always WAS the most common.... it's just that now Teddy is with the group!!  Legos are a family favorite! 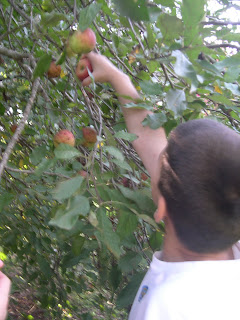 Picking apples from a tree near the house 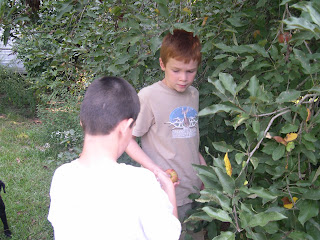 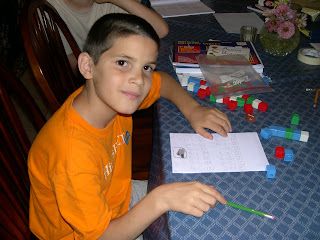 And-- well, here is school work.... not  exactly the favorite thing of this  boy!!  But, who can blame him when he's got trees to climb and bikes to ride and all these fun things in the world that have opened up to him this week!! 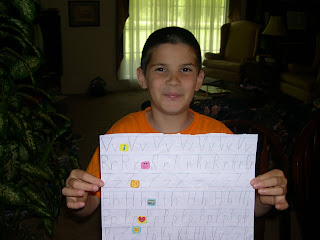 Therefore, stickers have become Mom's best friend!  He loves to get stickers on his work!  Rewards are flowing fast and freely at our house right now!  (they DO have to be earned, though!  ha!)  --- It's so great to find a good incentive!  One of the days that he was completely balking at having to do home school with everyone, it took about 20 minutes of Leslie completing her math (with a sticker!) and handwriting (with a sticker!) to make him think that he was really missing out by being stubborn!!  :)  You can tell how proud he was when he got finished with part of HIS work~
The main missing photo here is of him learning to ride the bike.  Poor Leslie's bike is taking QUITE the beating.  And, Leslie is not appreciating it, either.  The cover over the chain broke in 3 places and fell off, the seat came off and had to be wired and fixed, and at that point we just went ahead and took off the basket and bell knowing that they were next!  He is slowly getting the hang of it now.  Good thing we don't have a social worker visit right now.... they'd accuse us of child abuse!!  His legs are completely black and blue, and in one afternoon, we had to take him inside to doctor on 3 bleeding cuts which were the results of bike crashes.  But, determination is the name of the game.  It never occurs to him that he can't do it.... and therefore, he has started to ride!  Somehow with being concerned about the MANY bike wrecks, I've never managed to get the camera outside and document the effort!  Maybe next time.
Posted by Christy Jacobsen at 3:19 PM